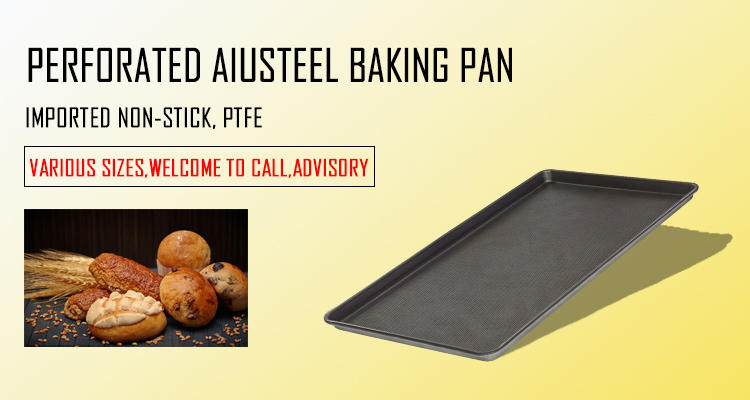 The company's imported non-stick coating, Polytetraflyoroothone, English abbreviation for PFE, also known as Teflon, Teflon.Tiefulong, with Fulong, Teflon, etc., this product and the product is generally referred to as "non-stick coating": it is a god used fluorine instead of polyethylene.Artificially polymerized material with chlorine atoms.
characteristic:
1, non-stick: a few flat materials do not adhere to the Teflon coating film. Very thin film also shows good non-stick properties.
2, heat resistance: the four built ethylene film county has excellent inter-heat and low-temperature characteristics. The time can withstand high temperatures to 300C, as usual at 240C"260C
The door can continuously make Sichuan, with obvious thermal stability, the official can not embrittlement at the freezing temperature, and does not melt at high temperature.
3, slidability: polytetrafluoroethylene coating film has a low friction coefficient. Negative cutting sliding Chuan Mo course coefficient produces love, but the value is only between 0,05-0.15.
4, large temperature: PTFE coating film surface does not live water and oil quality, production operations are also not easy to live sputum, such as sticking a small amount of dirt, simply wipe
Clear, know downtime, save time and improve work efficiency.
5, wear resistance: under high load, it has excellent grinding performance. Under certain load, it has the double advantages of steep wear and non-sticking.
6, corrosion resistance: poly four gas ethylene several flats love drugs after the creation, can smash the molten city and horse, fluorinated medium and higher than 300'C hydroxide
All the strong acids other than sodium (including Wangshui) are reluctant to gasify the continent, and the reducing agent can be used to protect the parts from any benefit.
Chemical corrosion of the class. 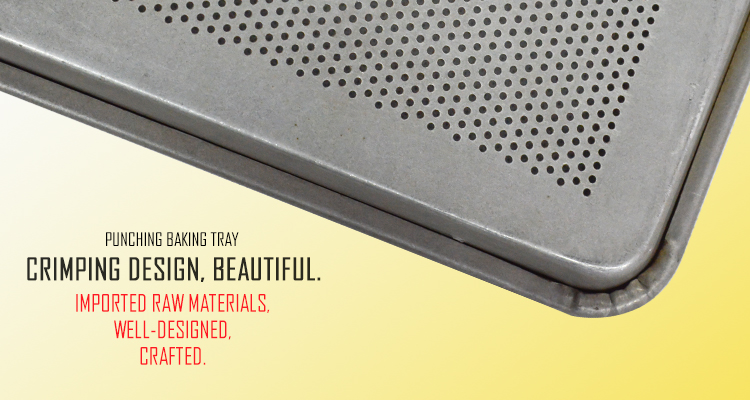 Maintenance of non-stick coating:
1. Do not use acidic cleaning liquid and sharp metal objects to avoid injury to the surface of the coating. Keep it dry after cleaning.
2. Can not be burned or baked at temperatures above 260'Co recommended below 240'C, which can extend the service life.
3. Avoid strong collisions and barbaric operations as much as possible. Handle gently, it is best to avoid accumulation. 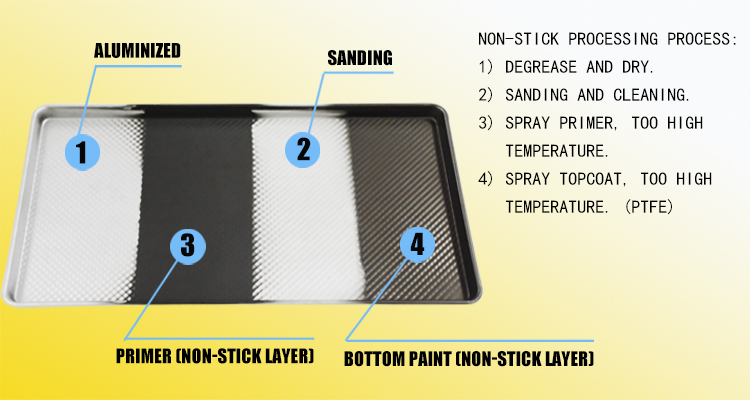 Q8: How do you make our business long-term and good relationship?
A:1. We keep good quality and competitive price to ensure our customers benefit ;
2. We respect every customer as our friend and we sincerely do business and make friends with them,
no matter where they come from.
Packing & Delivery

Company Profile
Foshan Taimai Baking Appliance (Xinmai) Co., Ltd. is located in the whole National famous hardware and electrical machinery manufacturing base - Yishunde, the company was established in year 2006. Specializing in the development, production and sales of baking utensils
"A few years of personnel, several new things", after ten years of tempering, Taiwanese name,The brand of baking tray "xinmai new wheat" has already become the baking in Guangdong,The top of the appliance industry and one of the most well-known brands in the country.

The company has introduced advanced and complete production equipment, efficient roasting Disk cleaning line and independent, stable non-stick spray equipment and strong technology Strength, supplemented by strict product inspection methods, to ensure the source of the company's new products,A constant source to meet the needs of the market and customers.

The company is particularly focused on the development and production of industrial custom baking trays. Fu, long-term supply of new products to many well-known food companies in the country,And won the praise and recognition of customers. 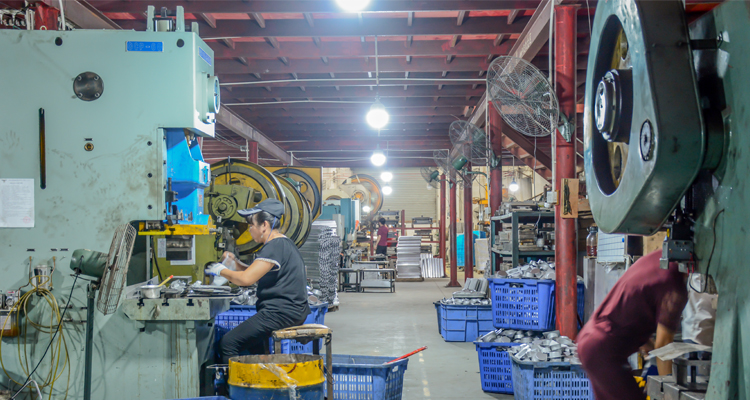 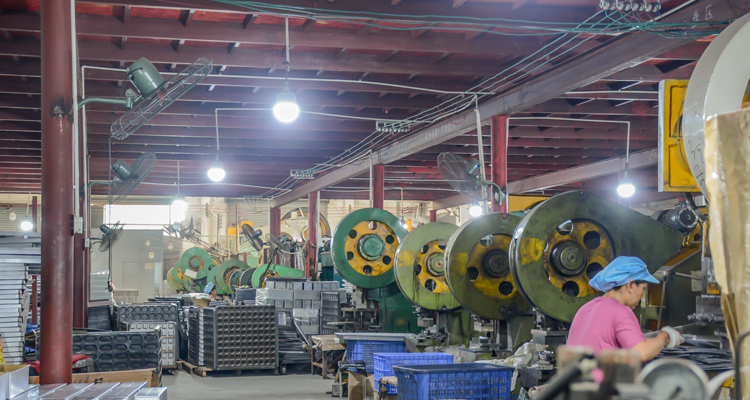 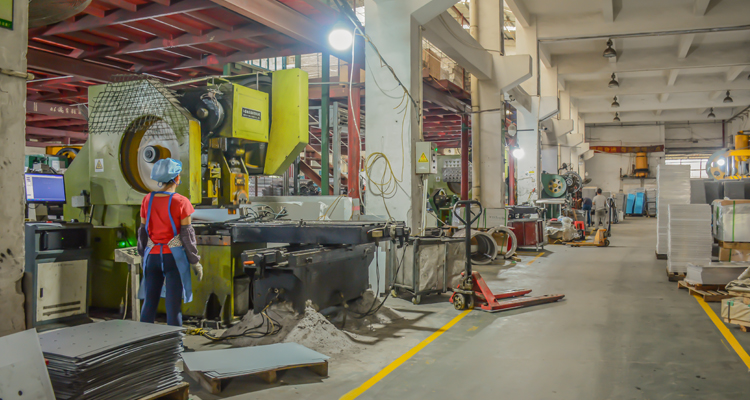 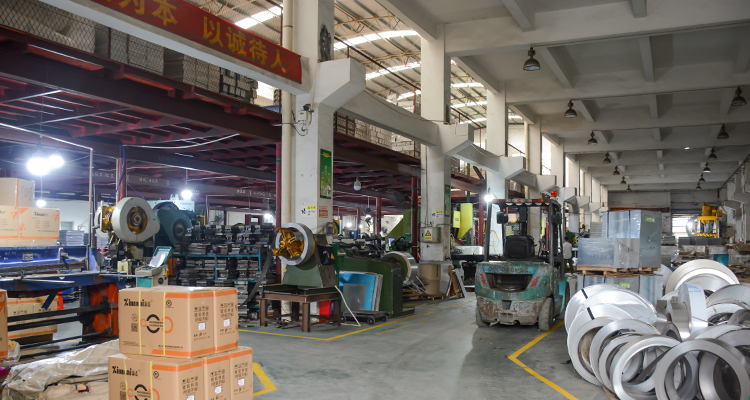 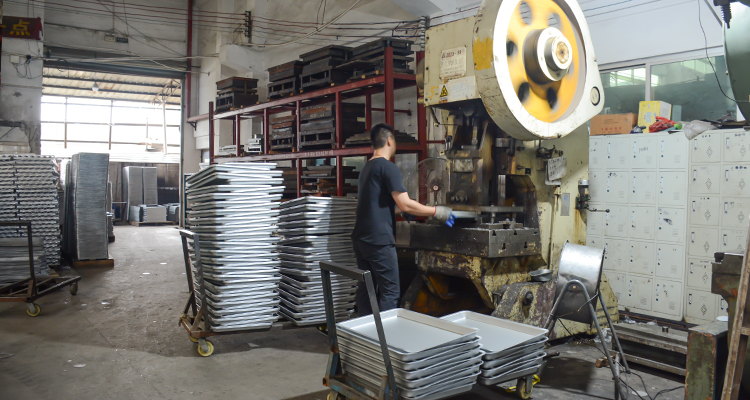 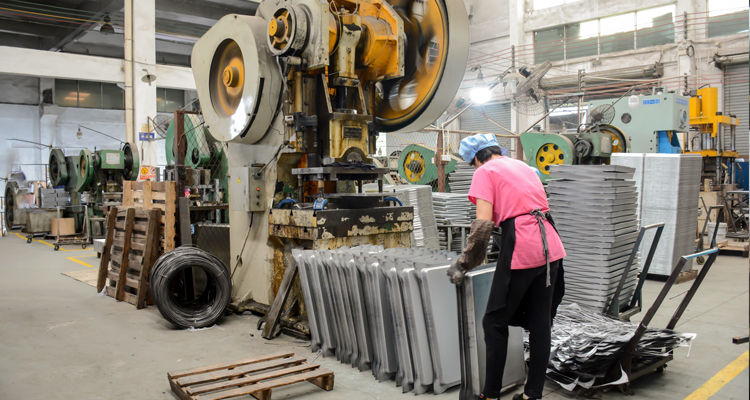 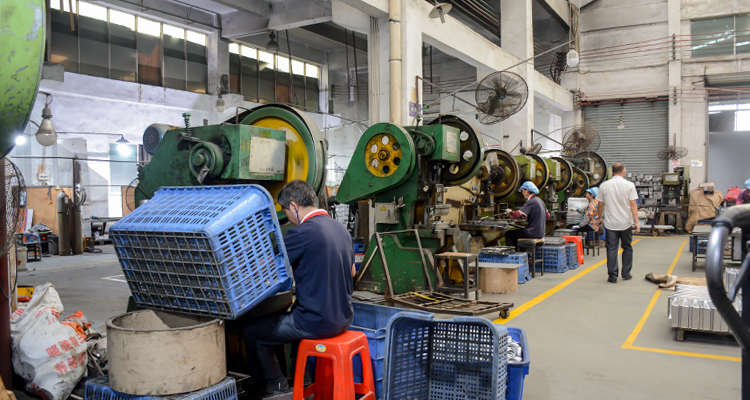